Lakes in a Day: Jarlath McKenna 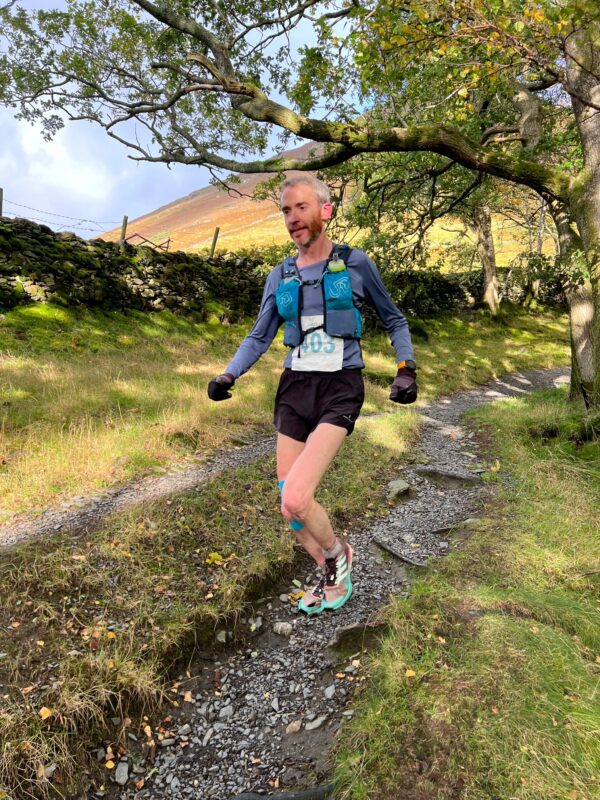 I’d advise anyone doing it to first of all, enjoy it! It’s an amazing event with great people and if you relax and absorb the moment it’ll feel a lot easier. As a first timer, good preparation was important to me.”

I’m from Northern Ireland, living in Newcastle-upon-Tyne with my wife Heather and two kids, Rowen and Hazel. I took up running around 2011 and mostly focused on roads up to marathon distance until last year (although I did do cross country and some light trail races).

I tried my first ultras in 2016 and 2017, the Green Man Ultra about 45 miles that circumvents Bristol, but swore then never again! Last year I decided to try some fell running as I’ve always enjoyed uphills, and did a few 10-20+ mile races in the Lakes. As early prep for LIAD, I entered The Wall – a 69 mile (mostly road) ultra from Carlisle to Newcastle in June of this year, as time on my feet would be similar to LIAD. That went (mostly) very well and I felt strong throughout, learning a lot about pacing, hydration, nutrition etc.

I’ve harboured an ambition for a few years now to give the Bob Graham round a go (and will sometime!). To gain long-distance fell experience I looked into ultras in the Lakes and LIAD stood out as an iconic route and presented itself as well organised. LIAD was going to be my biggest test yet!

I’ve not done many ultras to compare with but LIAD had a great vibe about it. Everything about it was super-friendly and well put together and you could just focus on the running without having to worry about external factors (e.g. clear and easy instruction on things like registration, transport/parking, feed stations etc.). For me, the finish felt special compared to some events I’ve done where it’s been a bit of an anti-climax. And the finish area showers were amazing!

What I enjoyed most about LIAD was the route which was brilliant, including the variety of terrain and scenic views. It’s so motivating and time/miles pass quickly. But the enjoyment wasn’t just for the day itself, recce’ing the route was part of the adventure too. There’s an excellent mix of challenging hills, lighter low-level trail and even the odd technical bit (like Halls Fell Ridge descent!). That blended with soft ground, hard trail paths and a river crossing which makes for a fun and varied journey. Not to mention the scenery!

My favourite section is the stretch along the Dodds to Helvellyn. You’ve done the hard work getting up Clough Head and you’re treated with a long undulating section with nice paths and AMAZING views. The gradual descent towards Ambleside is also a part I really enjoy.

Aside from the uphills (which you’re expecting), probably the hardest section on the day was from the river crossing all the way towards Blencathra as it was very wet and heavy going underfoot. Of the uphills, I found Fairfield the toughest as it just saps your legs at a time when you’re starting to feel tired anyway. As a weak descender I found Halls Fell Ridge a challenge. But I was really impressed by the number of marshals on the ridge offering advice on the day on the best lines to take. And you’re treated with really good support as you head in to and out of the feed station at Threlkeld.

How much training you need depends on what you’re targeting, whether it’s to get to the finish or push hard. For me I wanted to test my limit so I put in quite a lot of preparation. I started recce’ing the route in parts back in the spring and some more in the summer so I had covered it overall 2-3 times in total. I had built up mileage and time on feet towards The Wall ultra in June and tried to carry this fitness through to LIAD. My training during the week didn’t change any to what I would normally do but my long runs became longer (up to 30-35 miles), albeit at easier pace, and I would do the odd weekend with back-to-back long runs (e.g. 20 miles on consecutive days). I think it’s good to spend some time in the fells to get used to the terrain although most of my training was still on roads or easy paths.

One of the main differences to most of my running before now was getting used to running with a race vest on my long runs. Practicing hydration and eating on the go, and getting used to carrying some weight. Basically, having some runs that try to re-enact the set-up on the day. 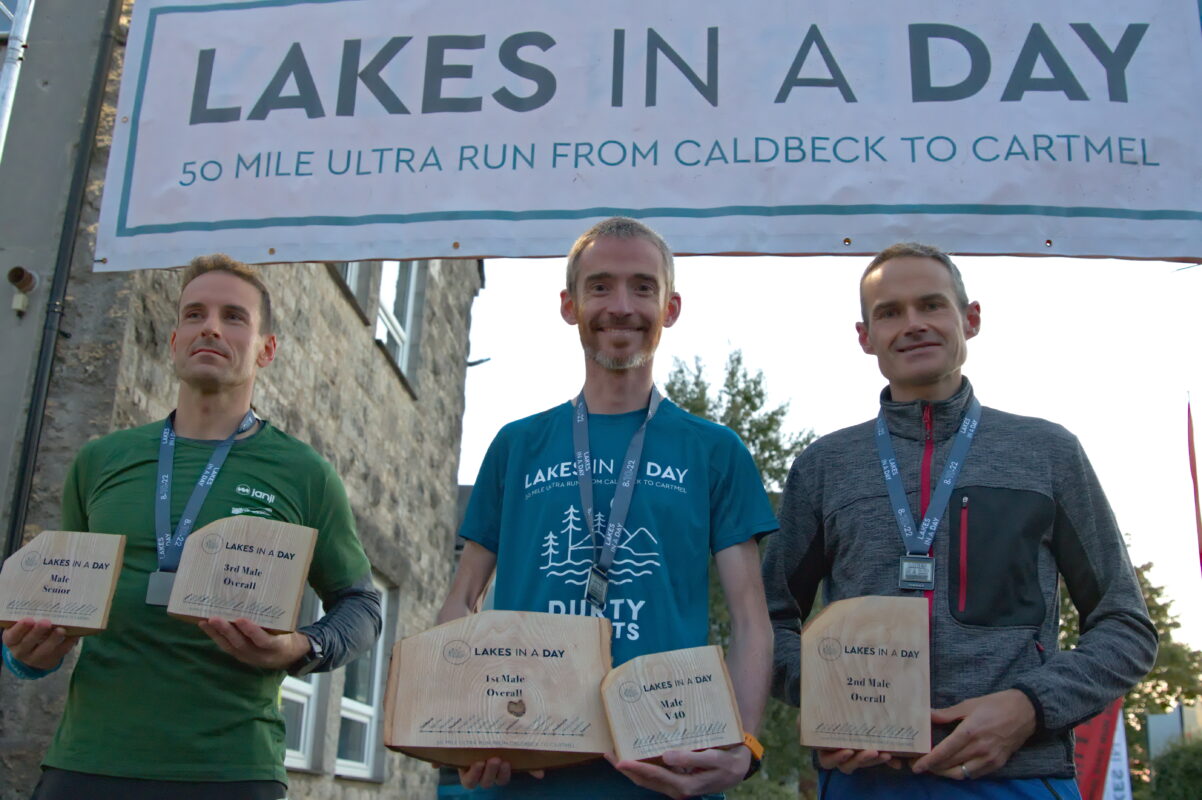 Nutrition wise, to prepare for LIAD, I tried to carb load In the week leading up to the race – eating normal amounts of food but with carbs as the staple. This was the same the day before. On race day morning, I had a fairly light breakfast of banana and biscuit breakfast bars – I didn’t want to feel too heavy in the stomach. I also ensured I was well hydrated the day before, and on the morning had energy drink. For the race itself, I was mostly fuelled with Mountain Fuel energy drink (power sachets that I filled up with water at the feed stations) and then had a bit of pastry and pizza at Threlkeld and Ambleside, respectively, but didn’t eat much solid food altogether. I had salt tablets as I went along as well.

I think anyone can do LIAD with a bit of grit and determination. Certainly, it shouldn’t be taken lightly but its so well supported with brilliant marshals and great feed stations that if your goal is to complete it then I can’t see why you couldn’t. My advice would be just do it, you won’t regret it! I had known about LIAD for a few years, and it was on my radar to try, but I was reluctant having not had much experience over that kind of distance or course profile before. Entering made it real and gave me the target that I needed to train for it.

I’d advise anyone doing it to first of all, enjoy it! It’s an amazing event with great people and if you relax and absorb the moment it’ll feel a lot easier. As a first timer, good preparation was important to me. Feeling confident knowing the route (so you know what to expect), testing out hydration and nutrition (and making the mistakes in training rather than on the day!), experiencing different weather conditions to build resilience, getting used to running on tired legs, etc., all makes you more at ease on the day itself.

I’d also highly recommend going with your own gut – you’ll get lots of advice from different people (e.g. there’s a great facebook RUN it in a Day support community) but everyone is unique so absorb the bits that work for you and stick with what you know.

A good running shoe that works for you is important. For me, these are the adidas Terrex Speed Ultra, as the course isn’t too technical or rugged that requires a full-on fell shoe but has enough hard surface and rocks that cushioning over a long distance is important. They are also quite lightweight and good at letting water back out so won’t soak your feet for too long (as you will get wet!). I’d also recommend plenty of moisturising and Vaseline on anywhere at all that might rub (particularly the feet) – this really helps prevent blistering or irritation.

I liked the facebook RUN it in a Day group a lot – not really engaging myself (as I’m quiet in that respect!) but enjoying seeing other discussions. Everyone was really friendly on the day and there was definitely a nice vibe about the event, from runners and volunteers. The finish area was also a nice chance to speak with fellow competitors and make you feel part of it all.

I’ve had mixed experiences with other races and race organisers but LIAD & Durty Events is definitely up there at the quality end. I also think it’s fairly priced for an ultra of that scale – which is a consideration for me when I’m choosing events. I now follow Durty Events on Facebook and would consider future events if circumstances allow. I was also impressed by Durty Brewing!

I just found the whole Lakes in a Day experience really positive. It was my main focus for my year and definitely proved the highlight. It was brilliant seeing the range of competitors too, from legends like Jasmin Paris to inspiring runners who were still going throughout the night. I loved seeing others’ experiences on the facebook group and would encourage anyone to give it a shot! For me, it gave me a lot of confidence – both that I can cover a tough ultra and do so competing at a decent level. It has really inspired me to push myself further to my next challenge. 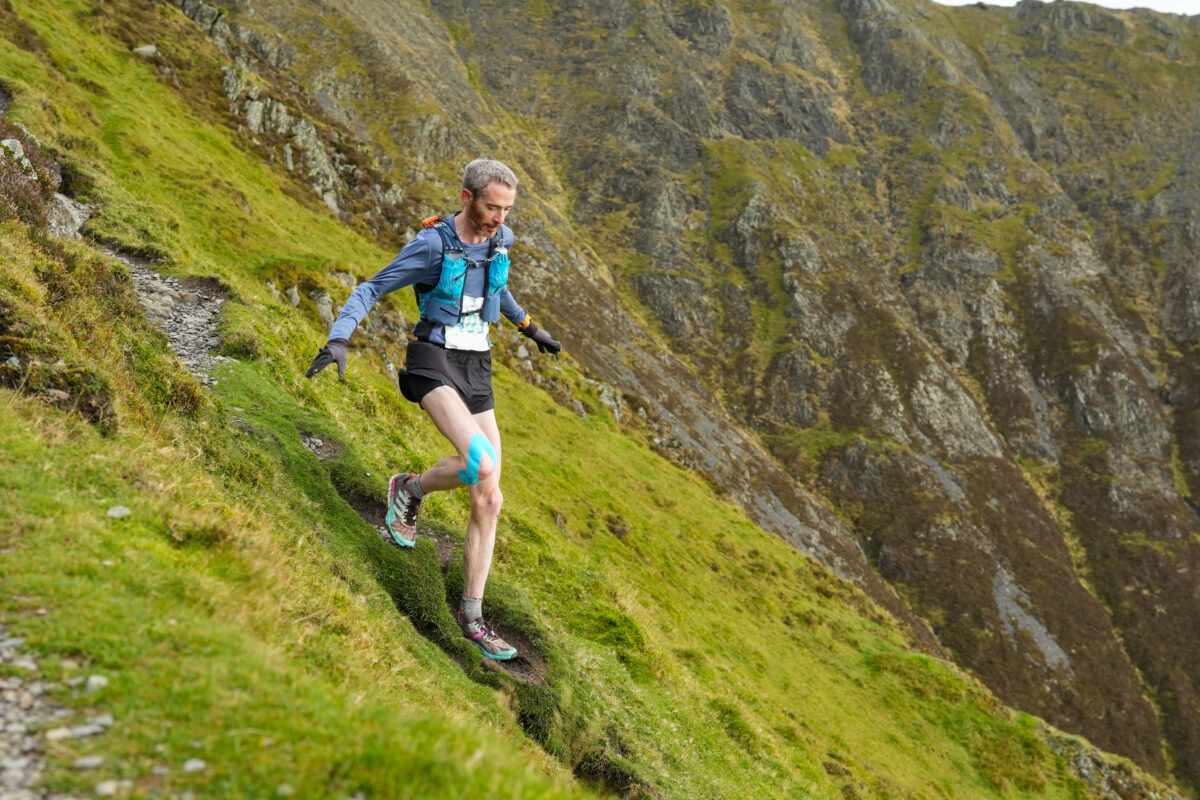 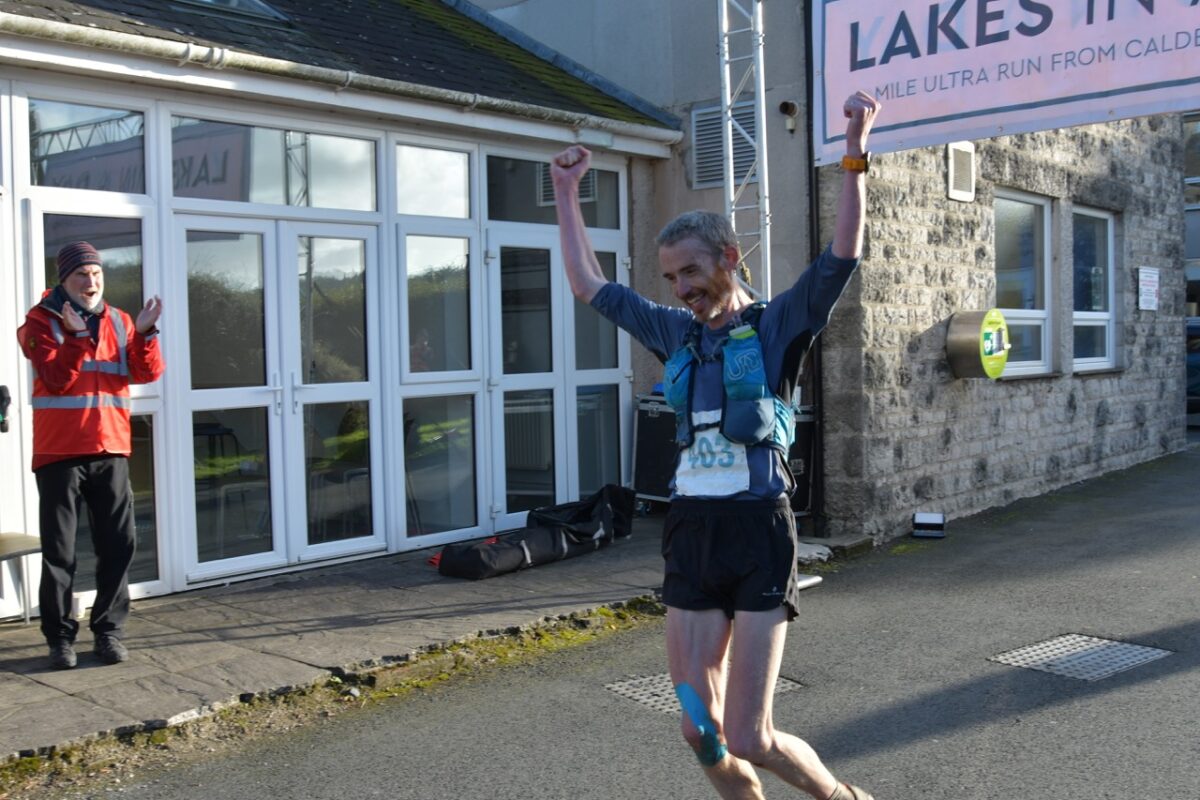